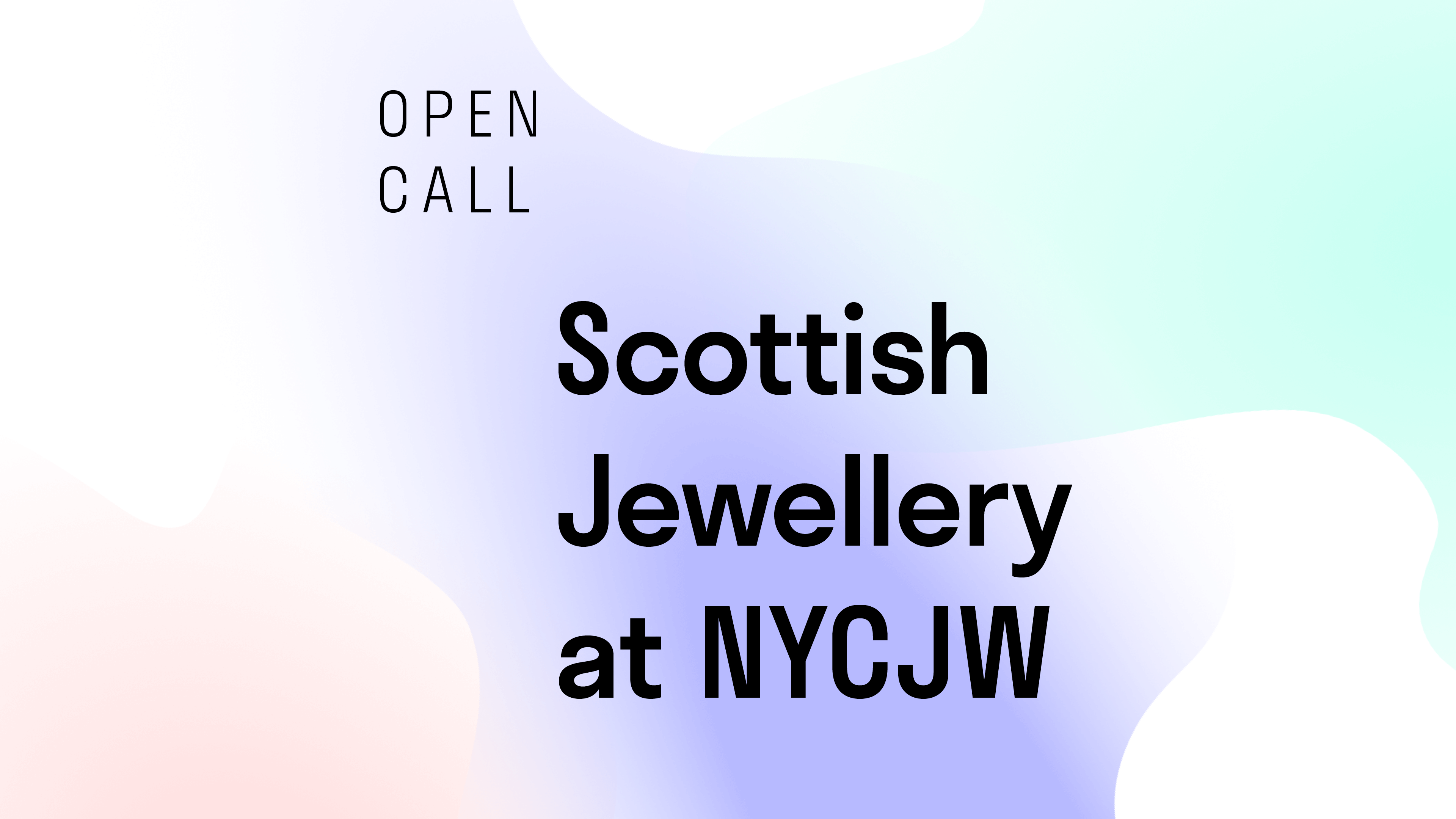 It’s official - Local Heroes x Incorporation of Goldsmiths are presenting Scottish jewellery at NYCJW. We’ll be ‘virtually’ joining exhibitors and brands from all over the world in NYC with a specially curated selection of works by up to six independent designers who are making jewellery using ethically sourced materials.

“By partnering with world-renowned museums, art galleries, schools, independent workshops, and heritage houses, NYCJW celebrates and educates the general public, as well as jewelry connoisseurs, about all forms of jewelry, whether they take the shape of sustainably sourced diamond necklaces or artist-made brooches from unexpected materials.” – New York City Jewelry Week 2020

*No application fees and no commission on sales*

If you’re a jewellery designer/maker based in Scotland who is interested in taking part in this curated digital presentation, please read about the key dates and eligibility requirements below and then click through to apply.

If you encounter any problems with the application process or have any questions please email stacey@localheroes.design with the subject line NYCJW

What are we looking for?

We are looking for jewellery that demonstrates  high quality craftsmanship, innovative design and has a strong identity and that embraces the use of sustainable and ethically sourced materials*. If you have questions about whether your work meets our ethical and sustainability criteria please feel free to contact Emily MacDonald at emily@incorporationofgoldsmiths.org

Our selected six jewellers will send us up to three pieces by October 21st that are made using ethically sourced materials*. Although we welcome new work, we recognise the challenges that Covid-19 has presented and we therefore happily accept pieces that have been developed and exhibited recently. You can submit pieces that are already in development, modified versions of an existing piece and work that has previously been posted on your Instagram profile.

*Mentoring is available from the Incorporation of Goldsmiths to help you source ethical materials if you don't already use them and are creating a new piece. For precious metals we are looking for 100% recycled, Fairmined or Fairtrade. Non precious materials will ideally be recycled or sustainably sourced.

We believe design and craft can be more representative of the world it serves and should be an industry for people of all backgrounds, abilities, ages and identities. We want to celebrate new voices and fairly represent all talented designers and makers. We especially encourage and welcome applications from people who identify as carers and parents; people who are non-binary and genderqueer, people that identify as neurodiverse and disabled, people from BAME backgrounds, people from the queer community, people from working-class backgrounds, and people from any religious background or group.

Our expert panel will select six designer-makers. We’ll create individual ‘Still Lifes’ that respond to the unique characteristics and themes of your work and your jewellery will be captured by Gabriela Silveira in a specially styled photoshoot in October.  In November, at an Edinburgh venue that is compliant with covid safety measures and where a full risk assessment has been taken, we will hold a filming day (planned as a live-streamed event) where our selected designers and makers can informally present their work to NYCJW invited audiences. If you cannot attend (via zoom or in person) due to extenuating circumstances, your work will be presented by Ebba Goring and Stacey Hunter. During the live-streamed event NYCJW audiences will be able to zoom in to virtually reach into our Still Lifes and see your jewellery handled and worn, and can ask you questions.

Still Lifes: Scottish Jewellery at NYCJW is made possible with the support of the National Lottery through Creative Scotland. 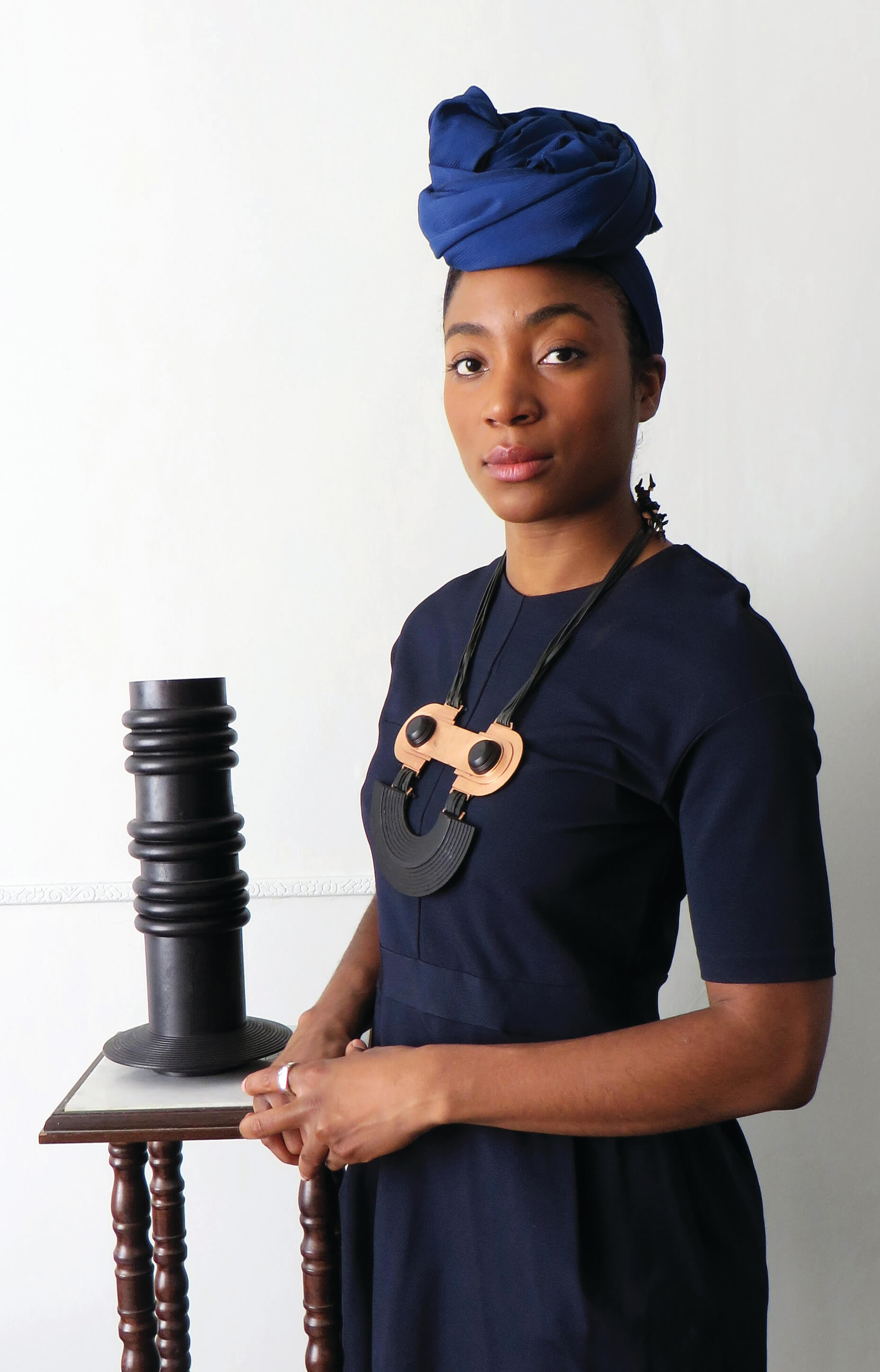 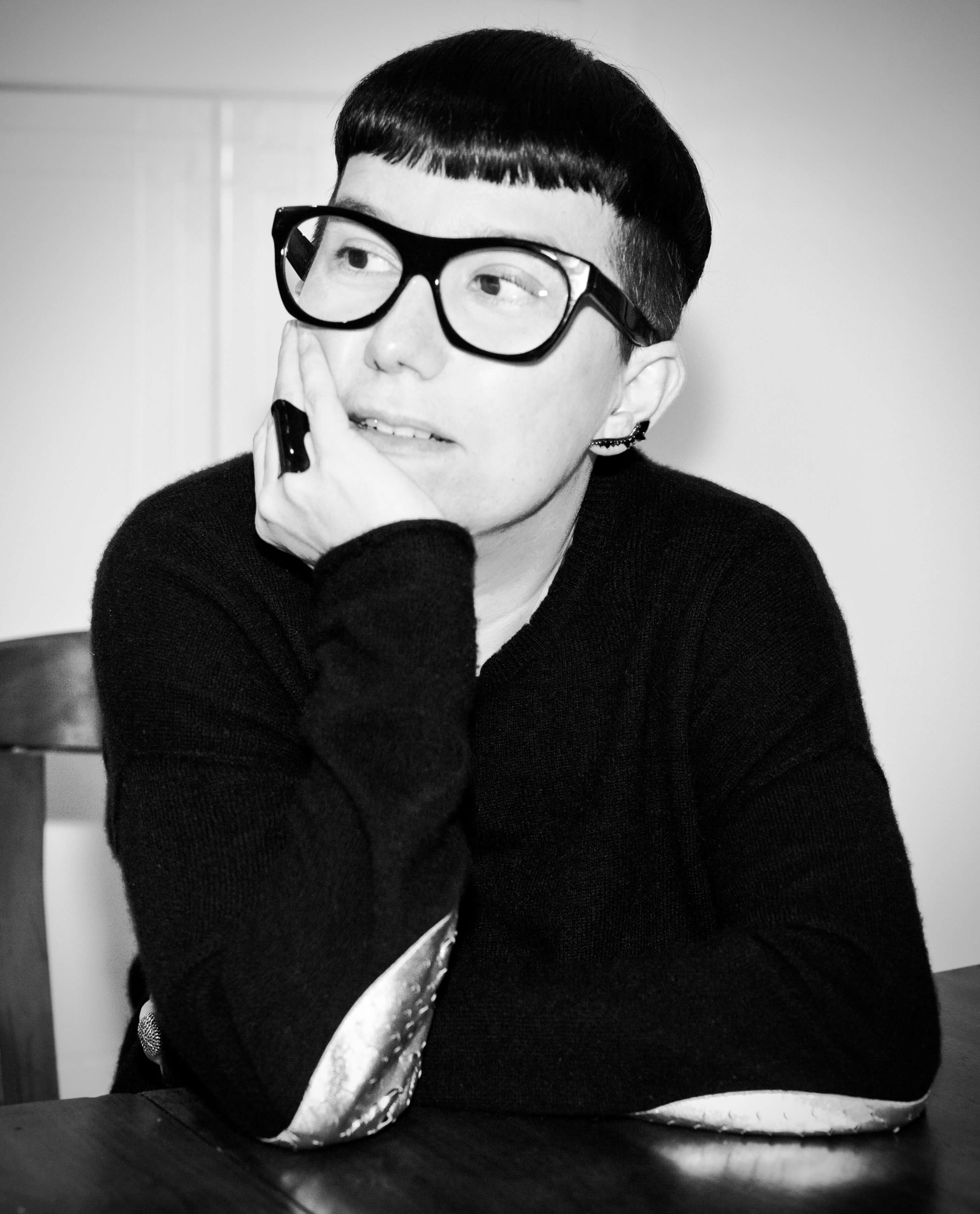 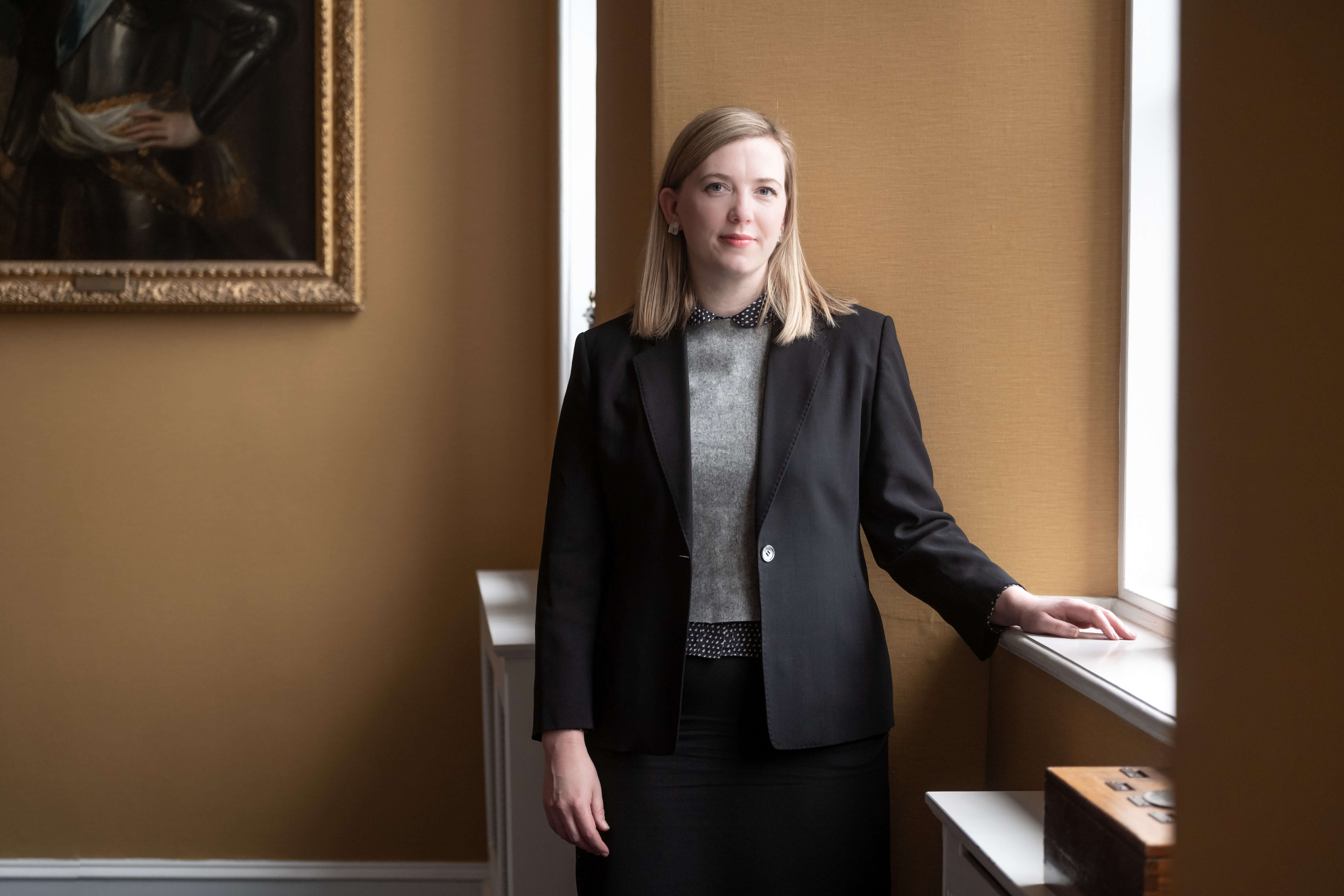 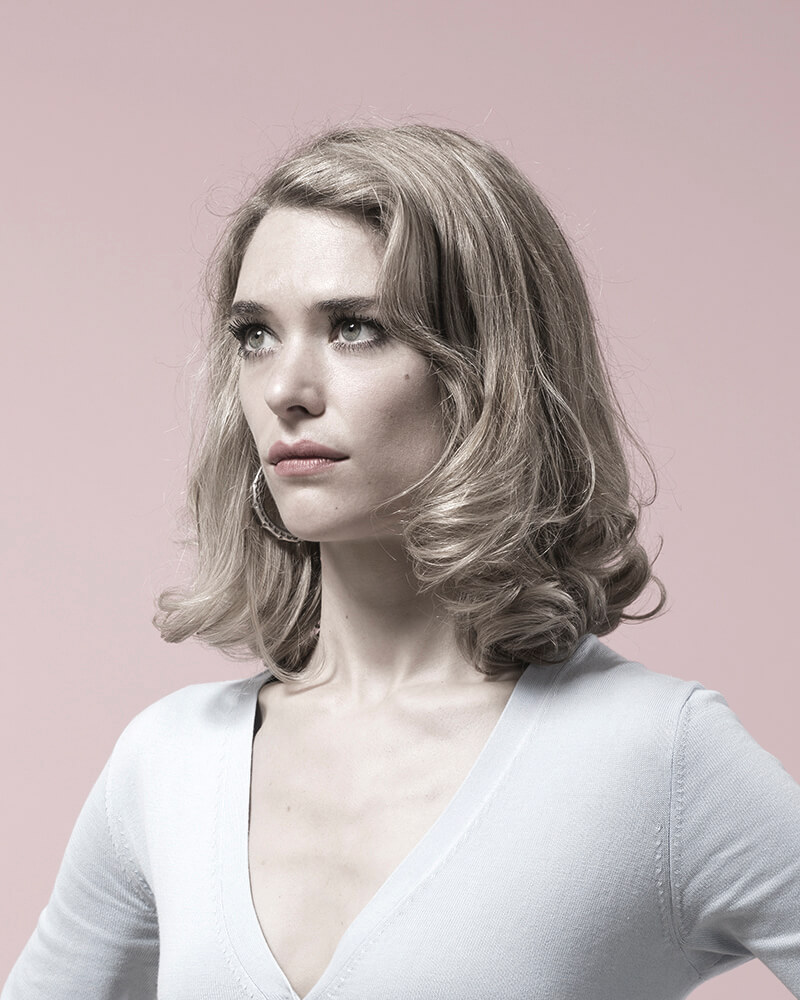 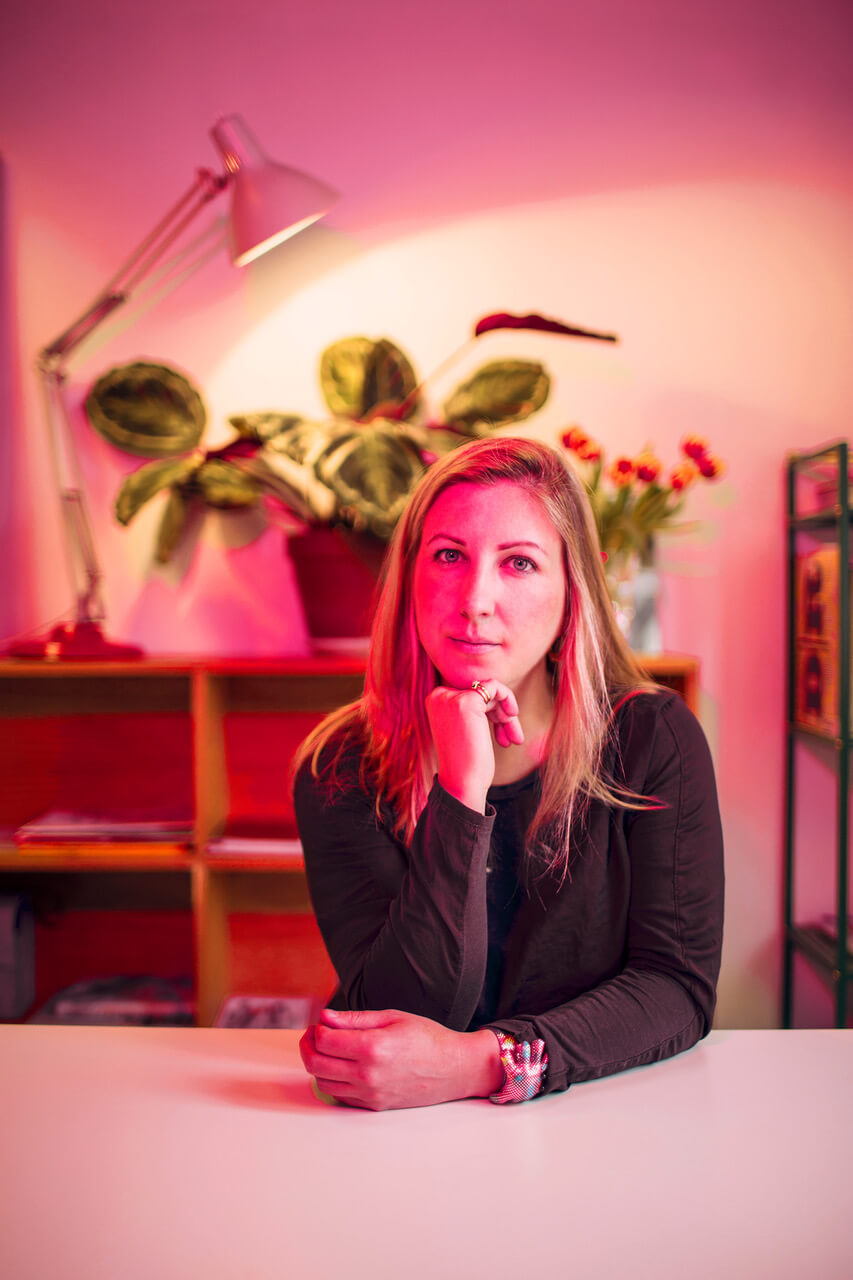 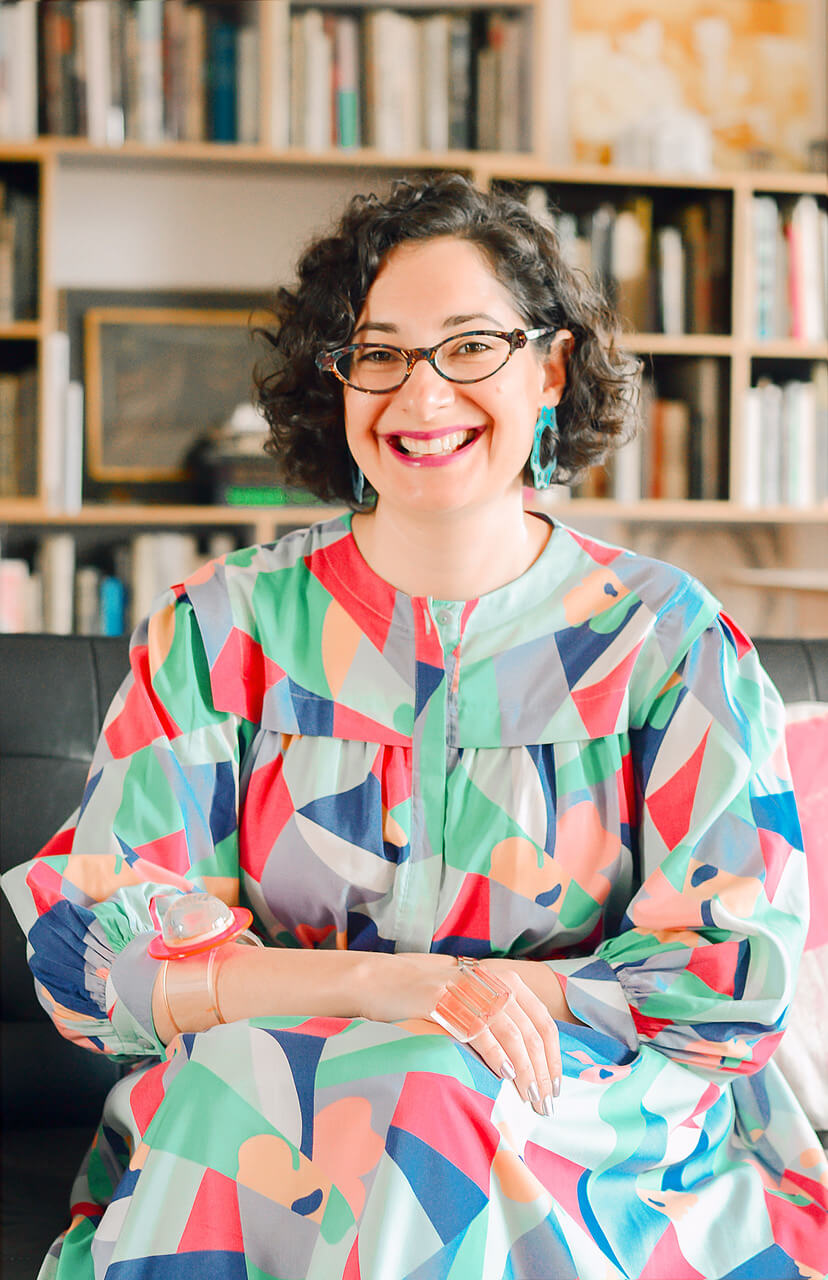 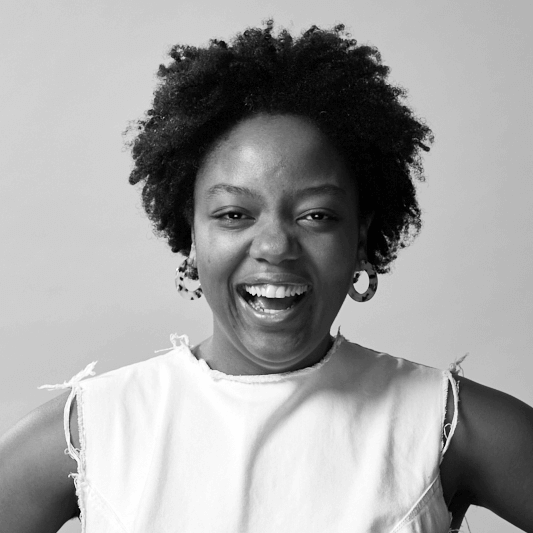 Simone Brewster is a London-based artist who creates large scale, statement, sculptural furniture, objets d'art, and jewelry. She holds a degree in Architecture from the Bartlett School of Architecture, University College London, and an MA in Design Products from the Royal College of Art. Across media, her collections explore “intimate architectures” that draw on architectural principles throughout. Brewster tutored in design education at UAL for a number of years whilst working at her eponymous creative practice. Brewster's work has been exhibited at the British Embassy during the London 2012 Olympic Games as an example of British Design Talent, the Royal College of Art 175-Year Anniversary Exhibition, and Collect at the Saatchi Gallery, among other domestic and international venues. She is regularly invited to speak and lecture on contemporary design and the potential applications of architectural principles across the scale and spectrum of three dimensional design.

Valery Demure is acclaimed in the jewellery industry not only for her discovery of design talent, but also for her ambition and innovation within the field. Beginning her career as a jewellery buyer, she has gained a vast wealth of knowledge from more than 15 years’ experience.Launching her eponymously named agency in 2005, the studio works across the entire spectrum of PR/communication, sales, consultancy and retail to shape brands and build successful businesses. They have supported some of the best-known independent fashion accessories designers including Swash, Shourouk, Annie Costello Brown, Eddie Borgo and Benoît Missolin. In 2019 Demure launched her new venture, Objet d’Emotion at PAD London. Adding to her arsenal a more private shopping platform, Objet d’Emotion is a curated fine-jewellery shopping concept - showcasing and mixing jewels from the best contemporary jewellery designers, in a modern and unconventional presentation. The platform aims to connect jewellery lovers with the designers they may not know about, nourishing relationships and sourcing special, bespoke pieces year round. Demure is a regular lecturer at Central Saint Martins to budding jewellery designers.

Ebba Goring is Director of the Incorporation of Goldsmiths of the City of Edinburgh. The Incorporation of Goldsmiths is a non-profit organisation that has championed jewellers and silversmiths in Scotland since it was granted its Royal Charter in 1687. Today, the Incorporation continues to trade as the Edinburgh Assay Office, the oldest consumer protection group in Scotland. Goring is responsible for delivering projects such as the annual Elements Festival of Jewellery, Silver and Gold in partnership with Lyon & Turnbull Auctioneers and operating the Incorporations’ two charities, The Scottish Goldsmiths Trust and Silver of the Stars. Goring and her small team work to promote the Incorporations’ Ethical Making Programme, which provides resources to students, art colleges and professional makers to encourage ethical making and sustainability in their practice. The core of Goring’s work is based around creating opportunities at all points in a makers’ career to stimulate and promote the high level of quality craftsmanship and design that Scotland has to offer, while utilising resources such as the Silver of the Stars Creative Learning Resource in collaboration with Edinburgh City Council to inspire future generations of makers.

Jennifer Gray is the Programme Director of Jewellery & Silversmithing at Edinburgh College of Art. She is an award-winning multi-disciplinary designer maker, researcher and educator. She uses a diverse range of materials in her works and as part of her teaching. Her original training focussed on jewellery, silversmithing and general metal work and these disciplines still remain at the core of what she teaches and her own practice. Gray has applied the skills established through a foundation in jewellery and silversmithing in various capacities elsewhere in the design sector. Gray designs and makes jewellery and homeware in a range of materials. She sells and exhibits her work nationally and internationally in museums, design shops/festivals and art fairs. She works with commercial as well as private clients and regularly collaborates with Artists, Designers, Historians on practice-led research projects. Her work is often informed by research into historical sources, which is undertaken alone or in partnership with museums, national organisations, historians or Archaeologists. Off-shoot ideas, themes or techniques from these projects are adapted into bespoke one-off pieces or commercial small-scale production ranges of products. Gray is a graduate of The Glasgow School of Art and Royal College of Art in London.​

Dr Stacey Hunter curates, writes and produces within a contemporary design context; her collaborative exhibitions and projects are known and appreciated for their unconventional approach and broad appeal. She is committed to enlivening modern design and craft discourses and the development of design culture in Scotland. She founded Local Heroes to present the work of contemporary designers working in Scotland. She collaborates with a diverse range of organisations from airports and art hubs to hotels, hospitals and business associations. She trained as a jeweller at DJCAD. Her MSc in City Theory and her PhD were awarded by The University of Edinburgh’s Architecture School. In 2017 V&A Dundee named her one of their Design Champions; in 2018 she won Creative Edinburgh’s Leadership Award and in 2019 she was selected by Cove Park; Arts Initiative Tokyo and Creative Residency Arita to visit Japan for 2 months as design curator in residence. Later that year she was a designer in residence at The Suttie Art Space in Aberdeen. During lockdown Hunter has been an artist in virtual-residence at Edinburgh’s Design Informatics Inspace Gallery.

Bella Neyman is the co-founder of New York City Jewelry Week. She is also an independent curator and journalist specializing in contemporary jewelry. Most recently she was on the Curatorial Advisory Committee for "45 Stories in Jewelry: 1947 to Now" (on view through January 2021) at the Museum of Arts and Design in New York.  Since graduating with a Master’s Degree in Decorative Arts and Design History from Cooper Hewitt, Smithsonian Design Museum & Parsons, The New School for Design in 2008, she has worked for some of New York City’s leading design galleries. Neyman’s articles have been published in The New York Times, American Craft, and the Magazine Antiques. She is also a frequent contributor to Metalsmith magazine. Neyman is on the Board of Art Jewelry Forum. She resides with her family in Brooklyn.

Briana Pegado is the Executive Director of Creative Edinburgh a membership organisation that unites creative thinkers across the city. Through events, career support and advocacy, Creative Edinbrgh brings together and helps grow the city’s creative community, providing a space for creation, collaboration and connection at every stage of a creative persons career. A social entrepreneur, Pegado was named one of Scotland's 30 Under 30 Inspiring Young Women by YWCA Scotland the Young Women's Movement for her work in breaking boundaries in the creative industries and third sector, helping people to realise their creative potential. She is cofounder of Povo and founder and director of the Edinburgh Student Arts Festival. Her work centres around financial sustainability for creative organisations, barriers young people face to the arts, festivals, and human-centered design processes. Pegado was named one of Scotland’s Top 10 Social Innovators by Third Force News in 2016 for the social enterprise’s youth-led model and ESAF was awarded the Inspiring Youth Enterprise Award by Social Enterprise Scotland in the same year. 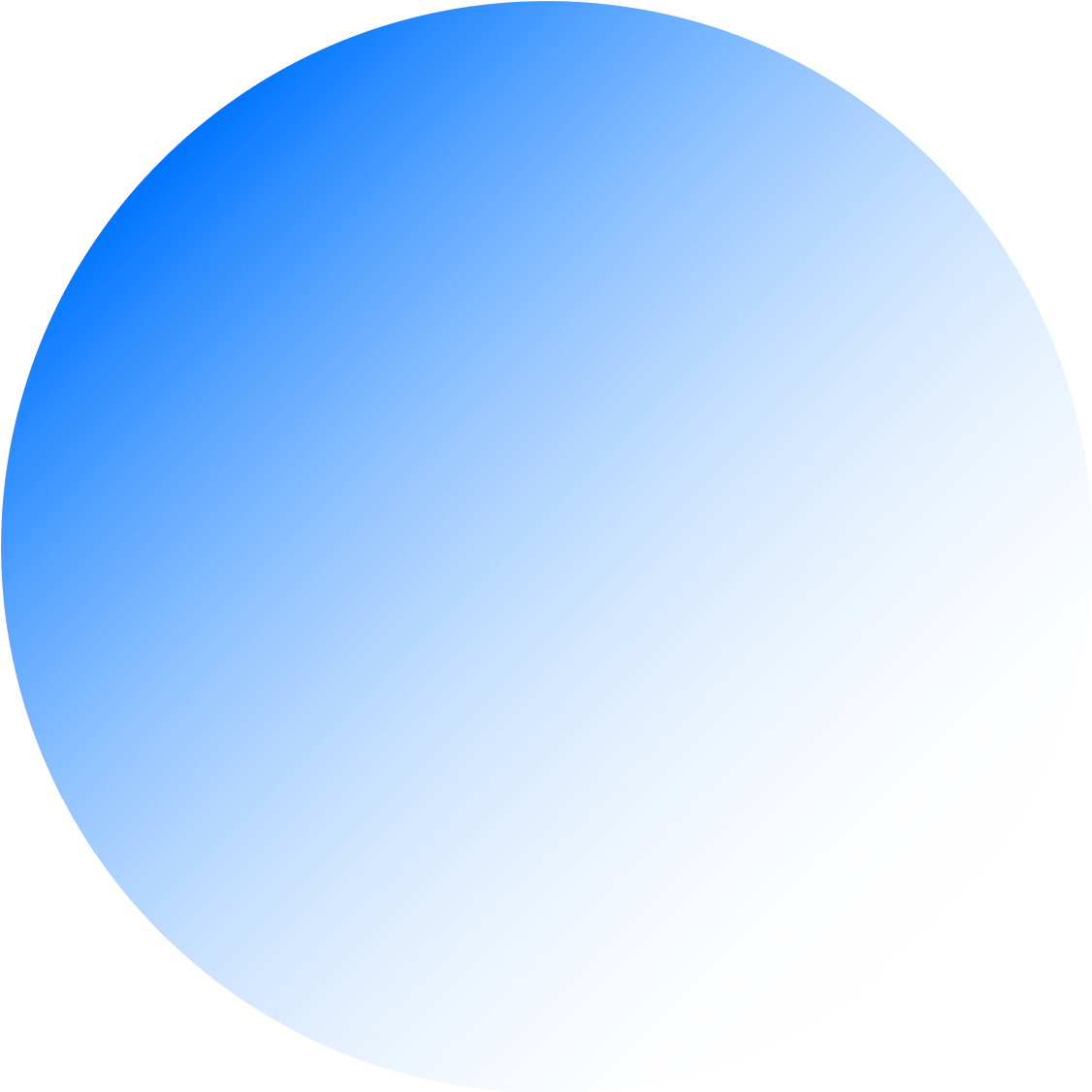 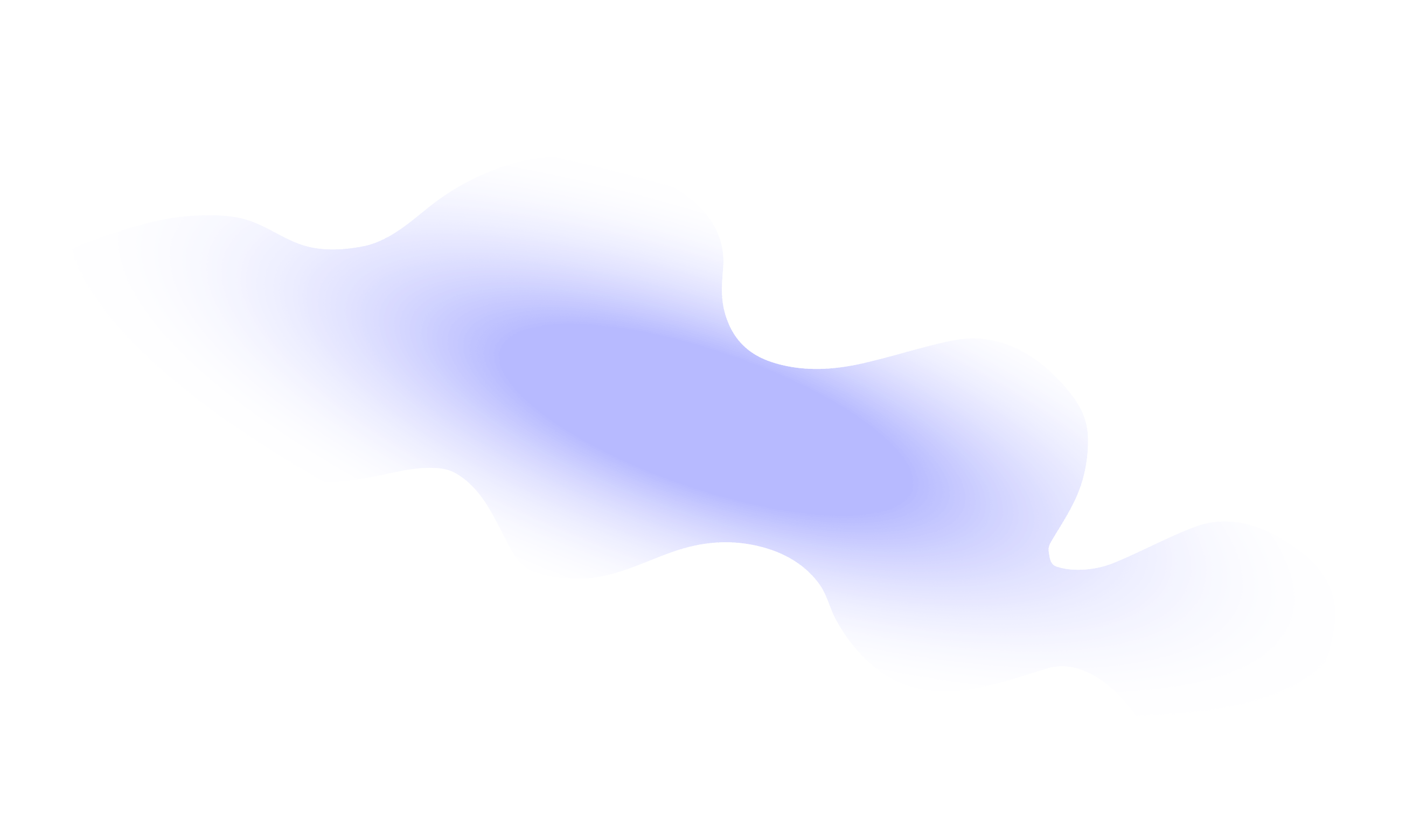