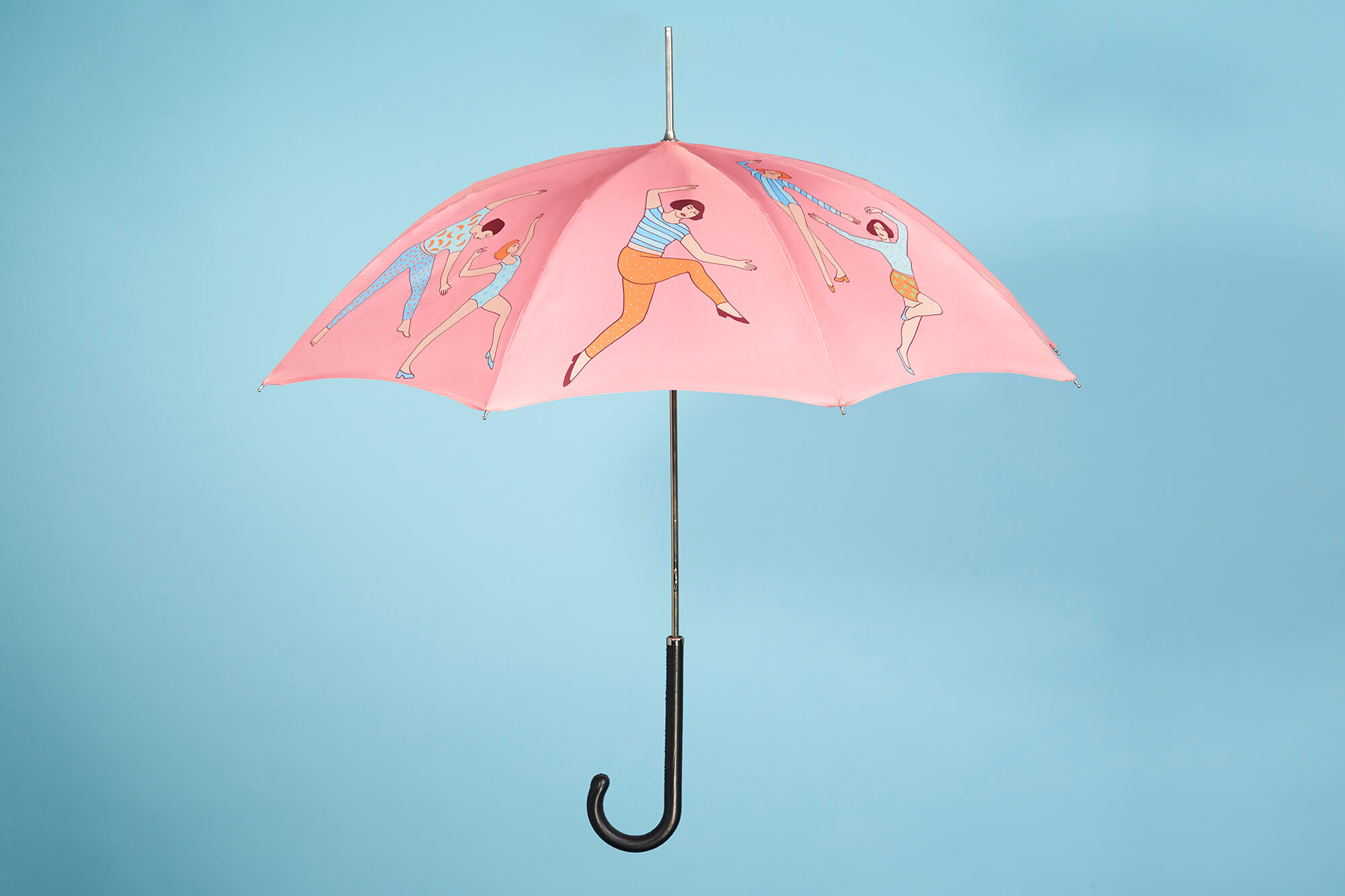 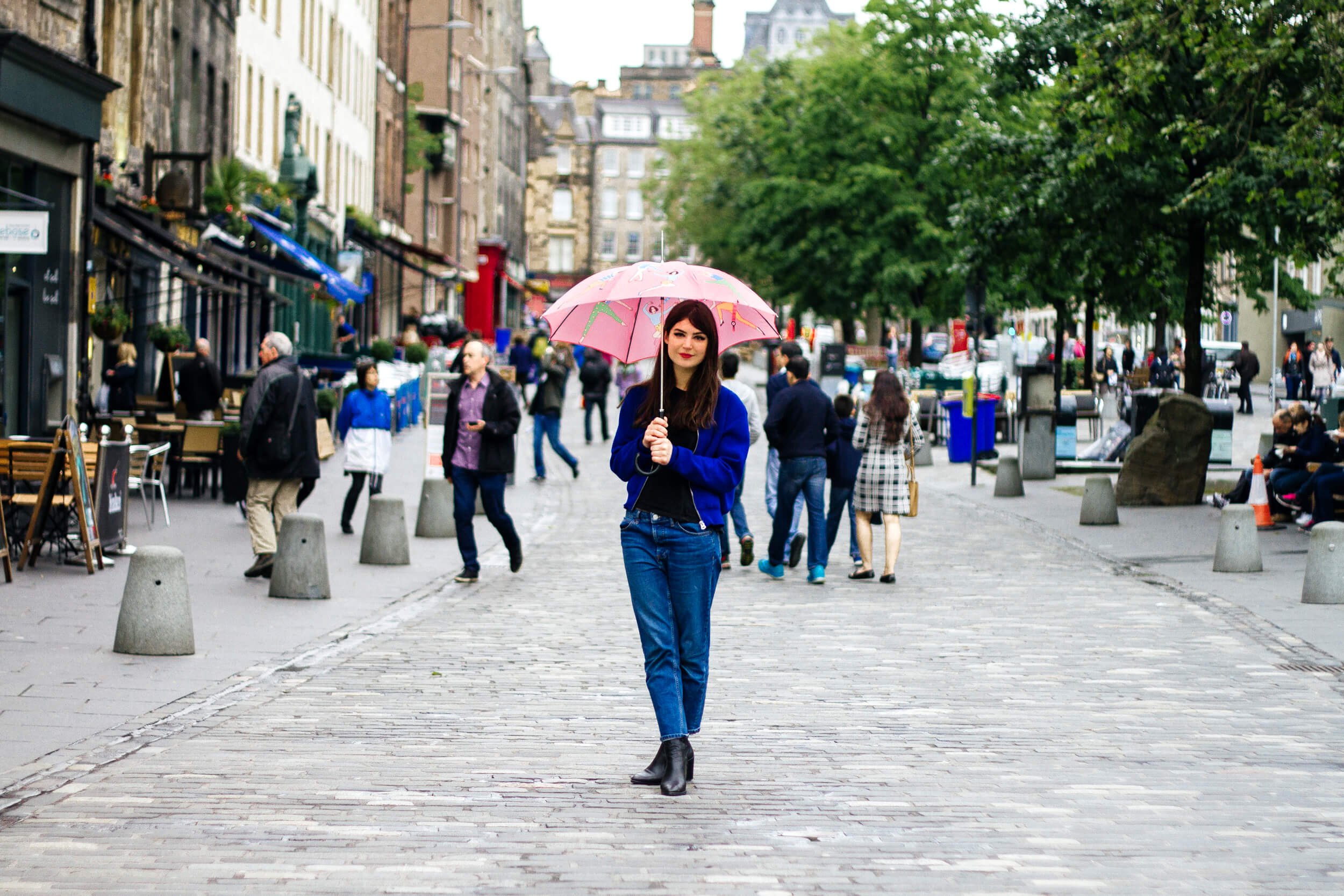 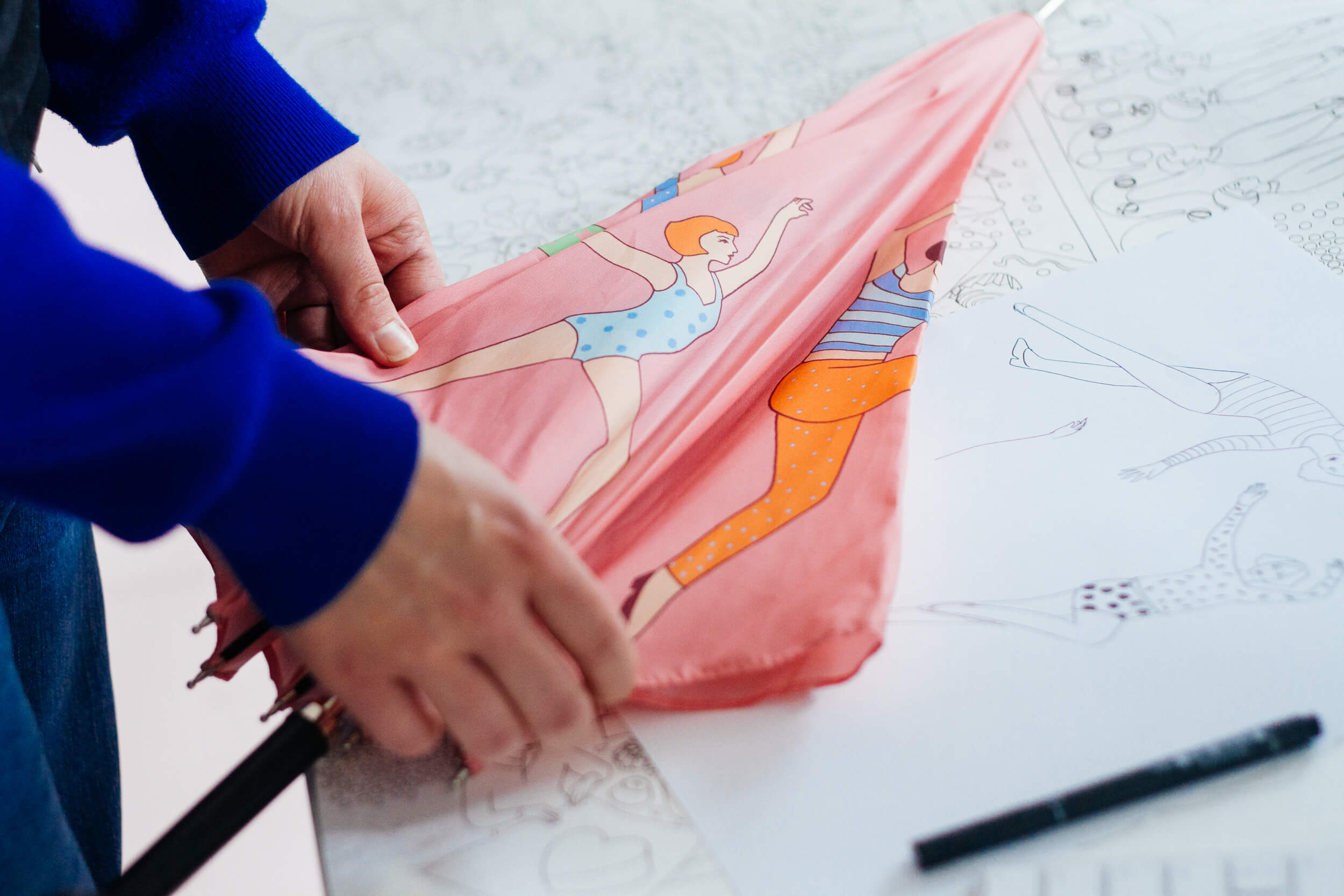 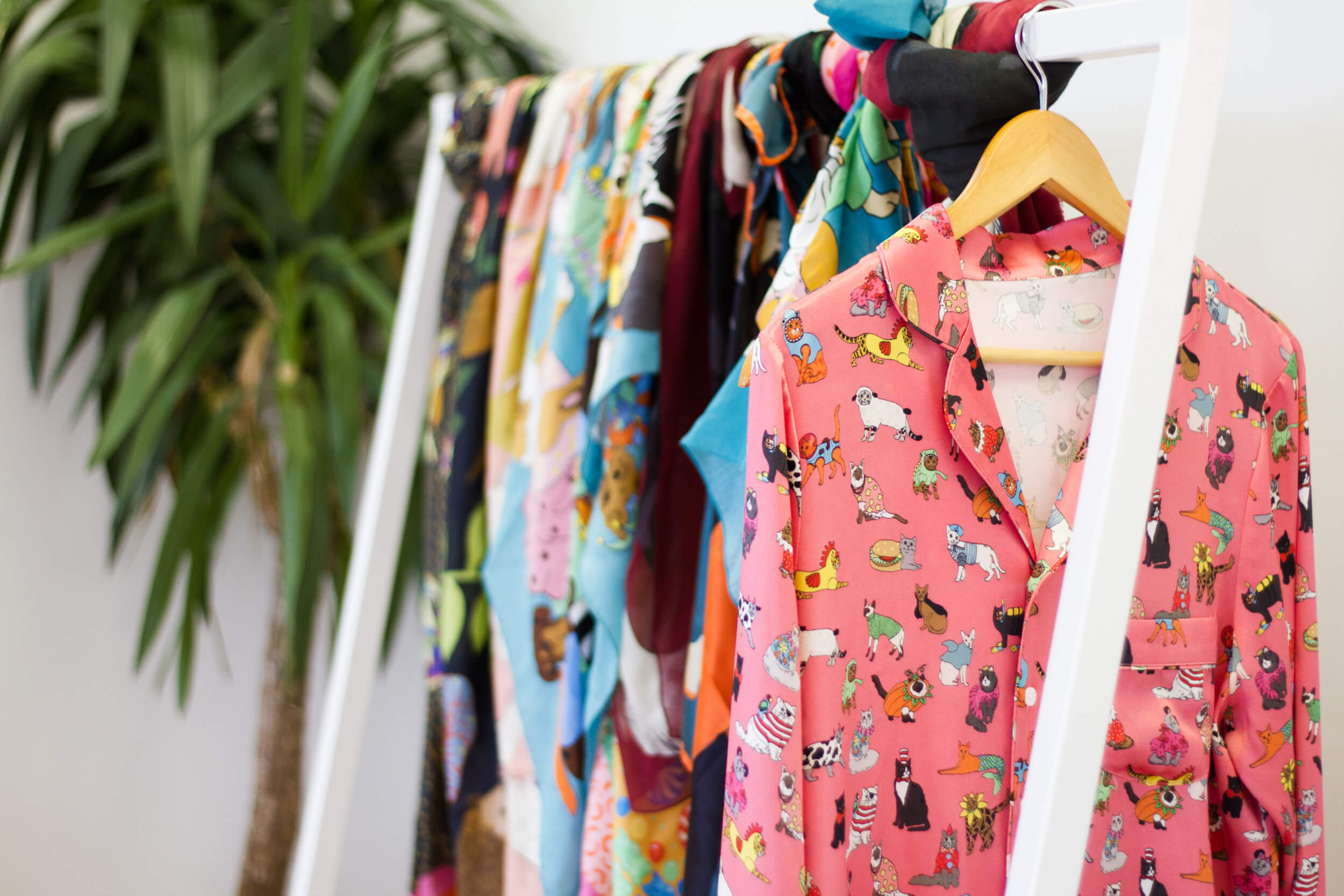 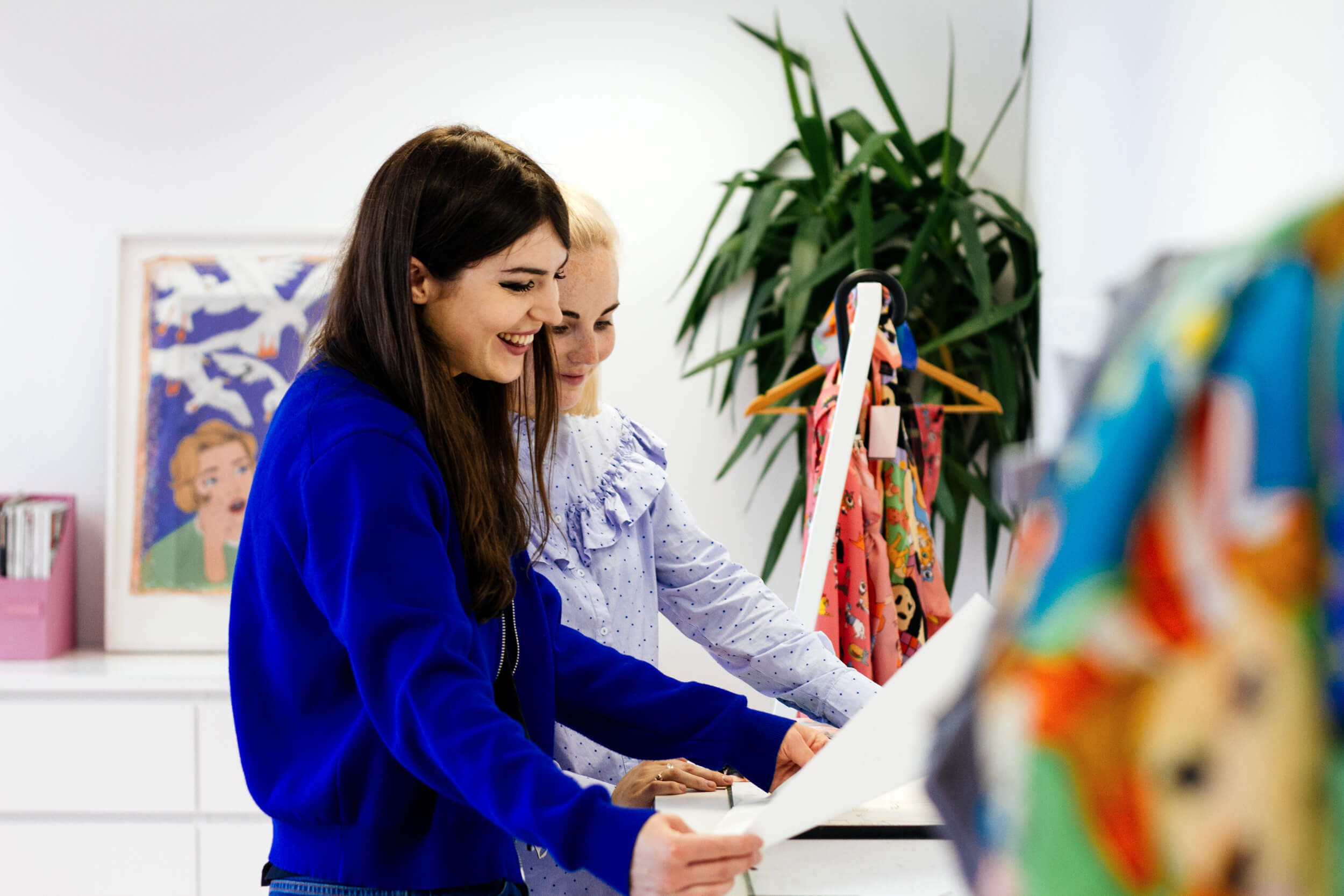 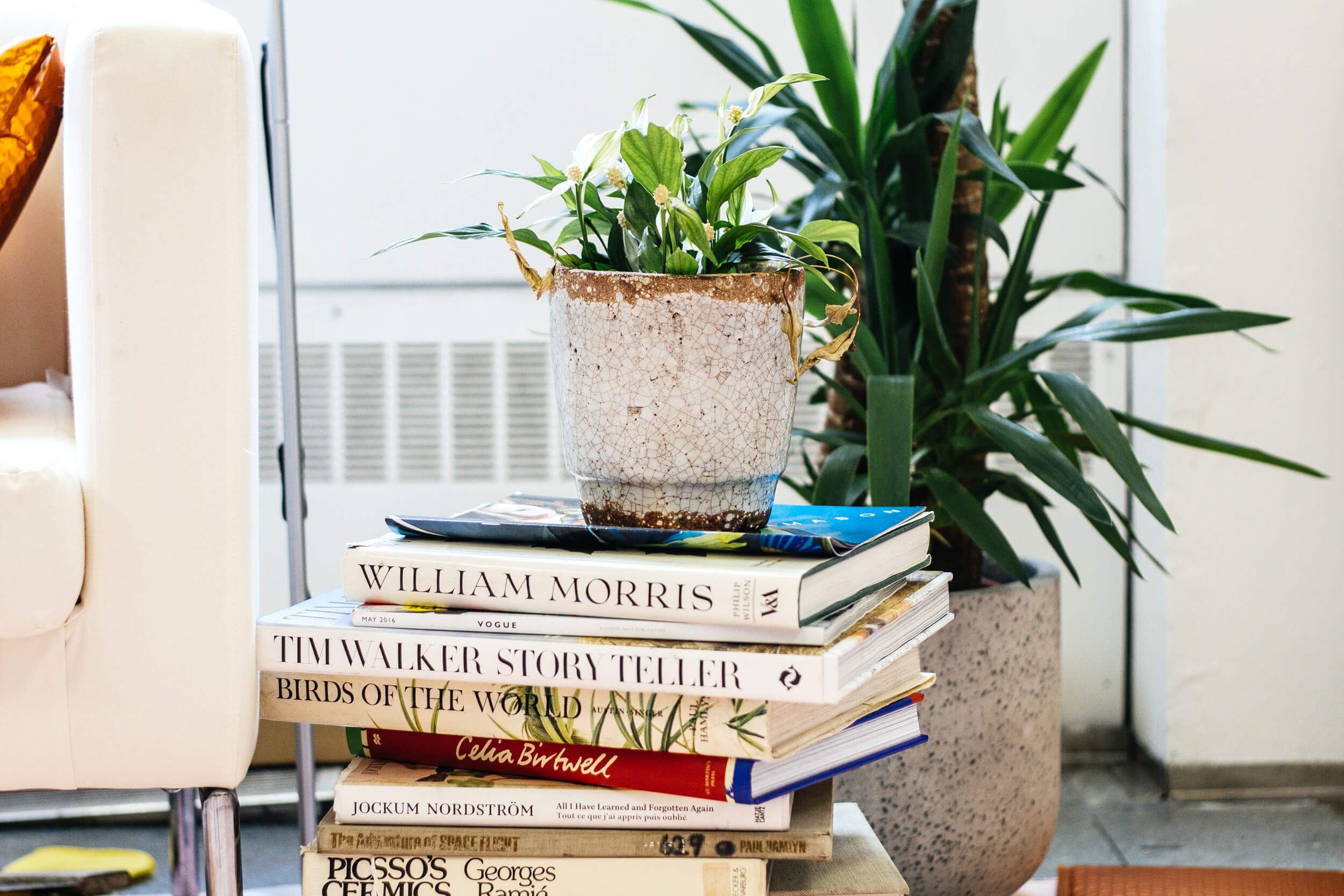 For Local Heroes, Karen Mabon has designed an umbrella and sunshade illustrated with distinctive hand-drawn dancers on each panel which employs a summery, sorbet inspired colour palette. The slim, classic umbrella is a completely new product for Karen, who is known around the world primarily for her silk and cashmere scarves.

Karen says, “I like that as an umbrella and a sunshade it’s a tongue-in-cheek nod to the changeable Scottish weather. I love any kind of project that trusts your skill as a designer to add things to the world. To design an object under the brief of a souvenir is liberating and that’s really good for generating new ideas. It’s flattering, and to do good work you need confidence.”

On the subject of developing new products Karen says “learning about a new set of problems and choices about function and colour and materials — that’s the best part.” Karen experimented with a denser pattern at first and finally decided on a design that was easy to spot in a crowd. “If something makes you smile every time you look at it then that is really nice.”

Whimsical maximalism is what Karen Mabon is known for, “I’m inspired by Disneyland and experiences that I feel are really far-fetched – like the photographer Taryn Simon who takes photographs of confiscated fruit and veg on the Mexico border – things that are on the edge of your imagination. I’m interested in the point at which something stop being a fantasy: like films that are styled as though they are documentaries.

Karen says Scotland’s environment dictates in a way that it doesn’t in London. “We are so aware of the weather and that influences materials and other aspects of being a Scottish designer, we hold certain values close, like wanting value for money – wanting things to last.”

Scotland’s relative geographic isolation is seen by the designer as a positive. She feels that Scotland’s cities are small enough for smaller movements to rise easily. “I’ve had the experience of being a designer in London where the mass criticism was difficult – everyone gives their opinions so freely whereas in Scotland you can do things with less budget or that are more lo-fi and people appreciate the idea. People can experiment with things that aren’t perfect or resolved.”

“I wonder if it’s partly because of the internet and the freedom of being based here, but being able to ship my scarves everywhere… you feel like you’re winning you know? Getting to live here and enjoy the quality of life.”

Her bookshelf is punctuated by an eclectic selection of large format art and design publications such as Sweet Dreams: Contemporary Indian Studio Photographs; Celia Birtwell; Liberty of London; Anna Pugh and Yokoo by Yokoos. “I tend to read a lot online and I think it’s interesting that with Pinterest and Instagram you’re always scrolling and used to seeing everything in a collaged way. As a designer you’re aware your product isn’t necessarily viewed in isolation.”

Her scarves often feature places that are populated by imaginary characters and look like strange landscapes. “I design them ‘flat’ and then they become another thing when they are tied and then untied. My work is about nostalgia and the comfort of colours and animals from childhood and symbols like those found in comic books. Semiology is interesting and I like to make work that’s accessible. Environments like pound shops and museums are places that I like.”