Exhibition
The Future of Home 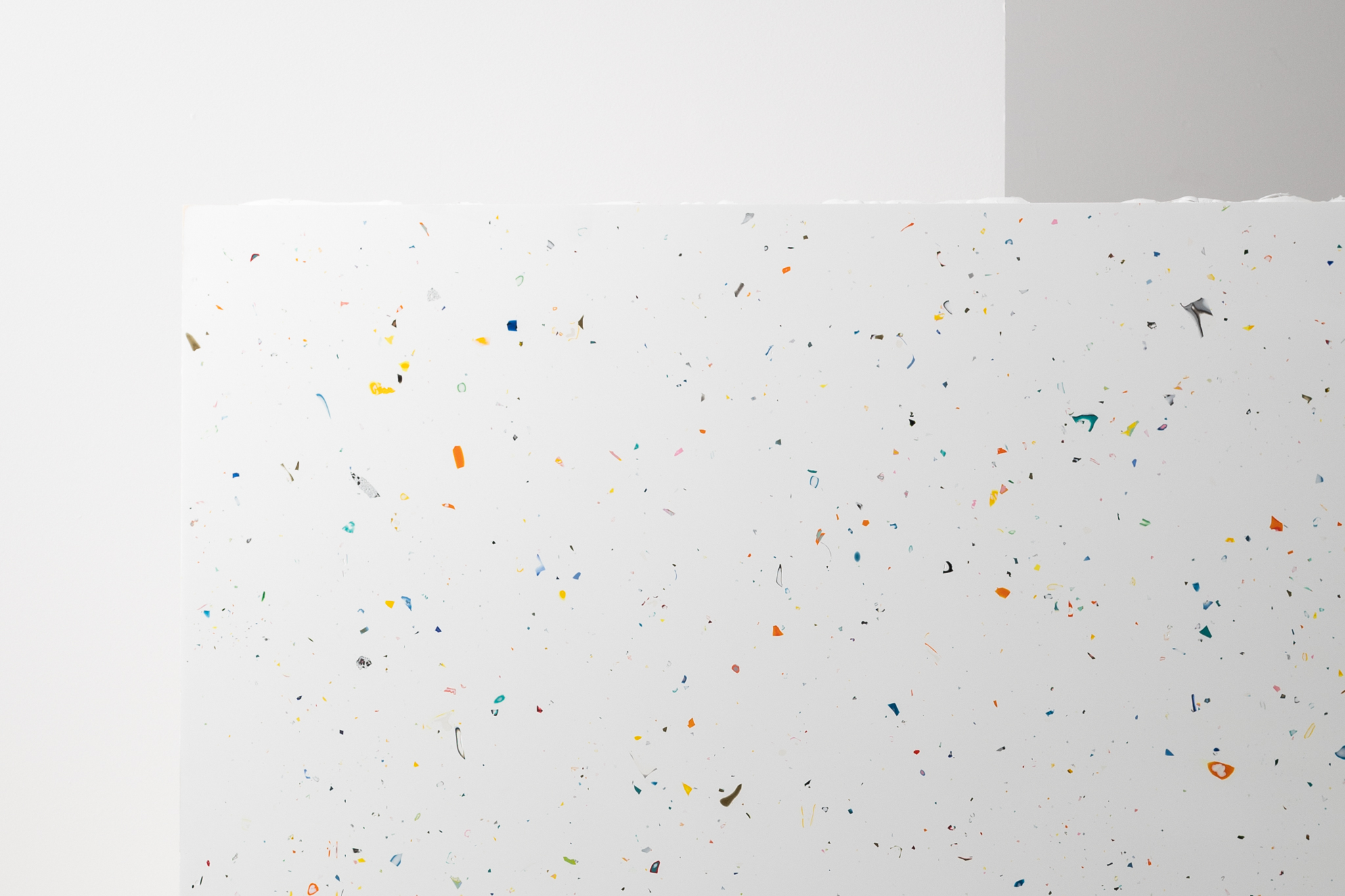 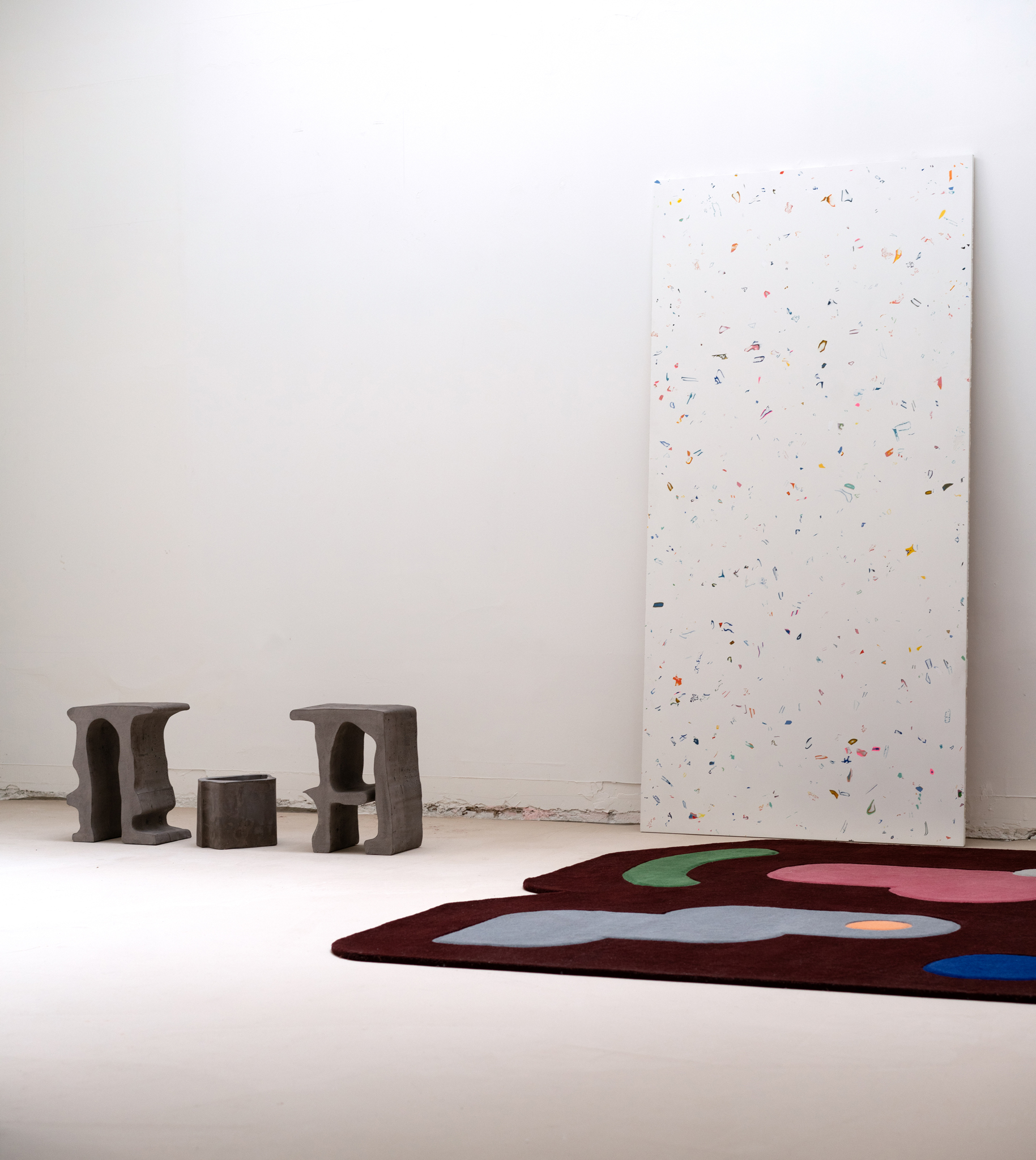 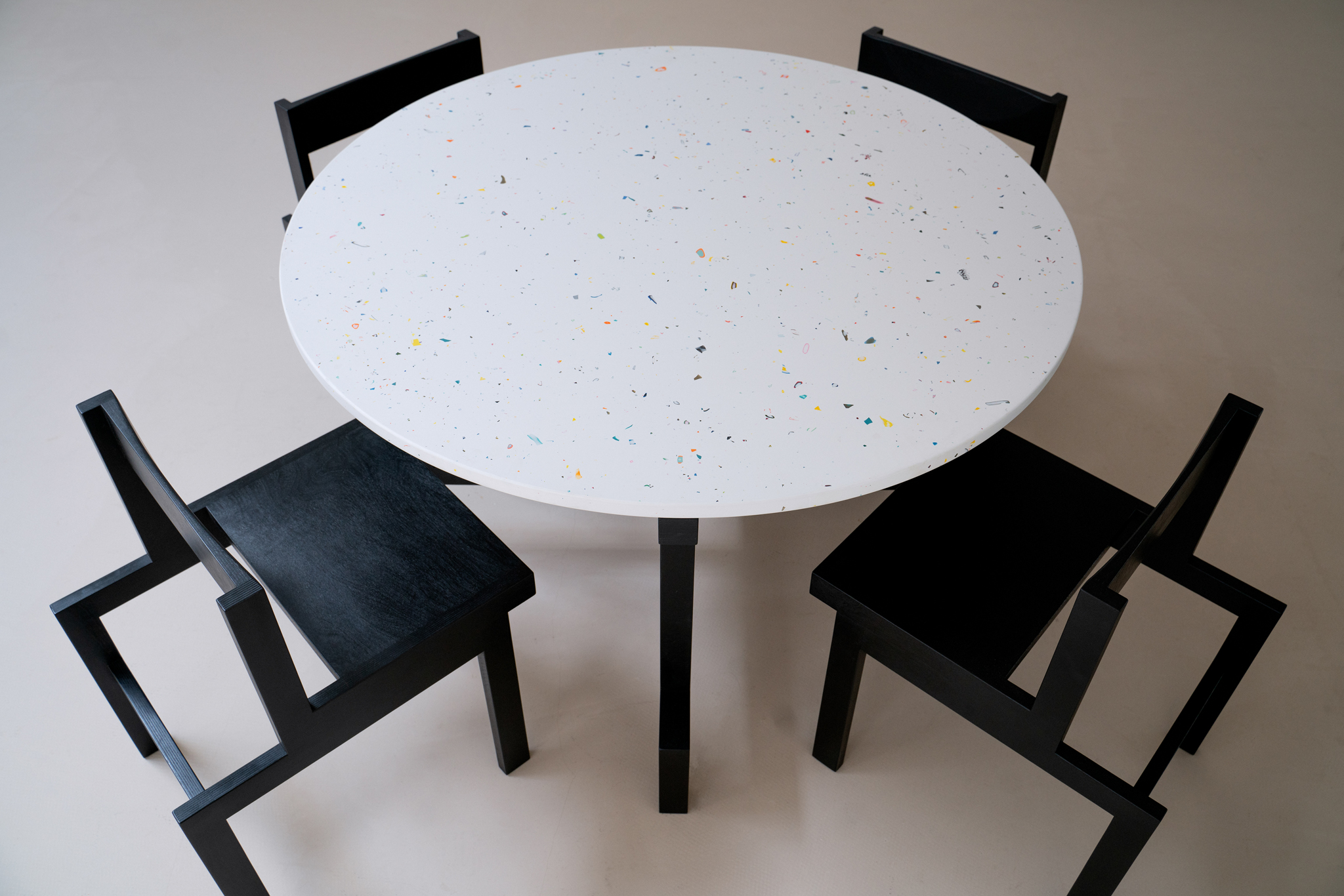 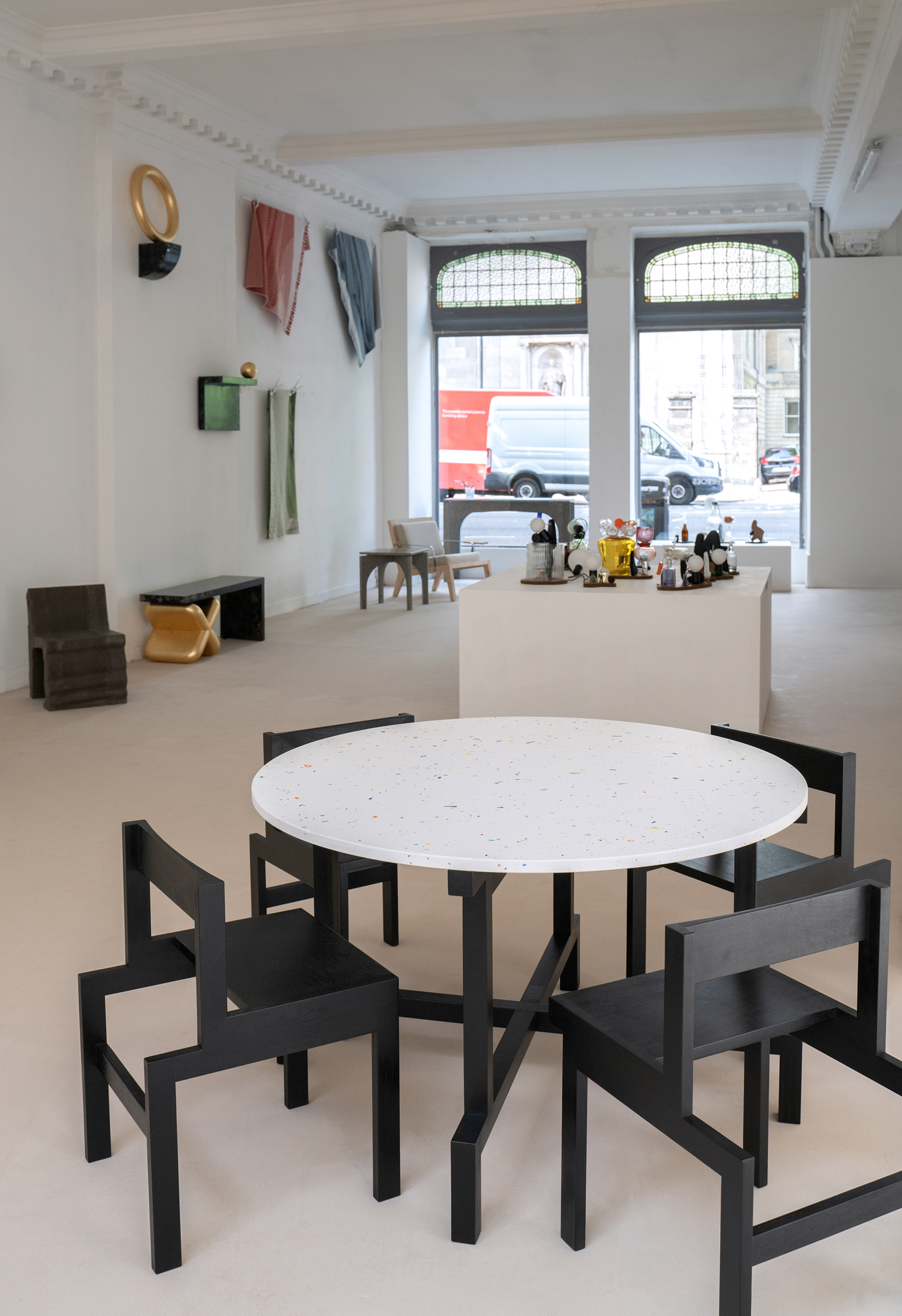 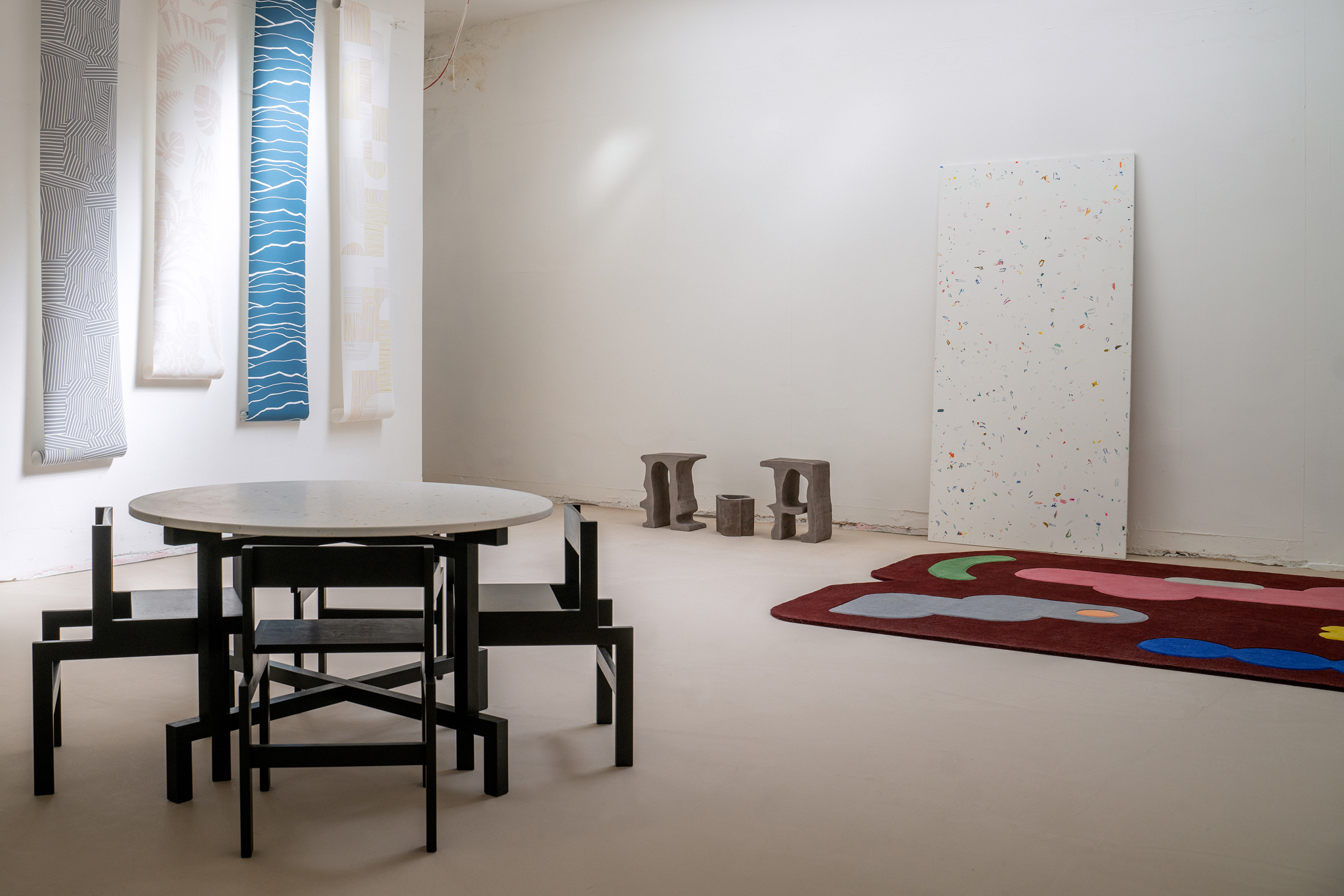 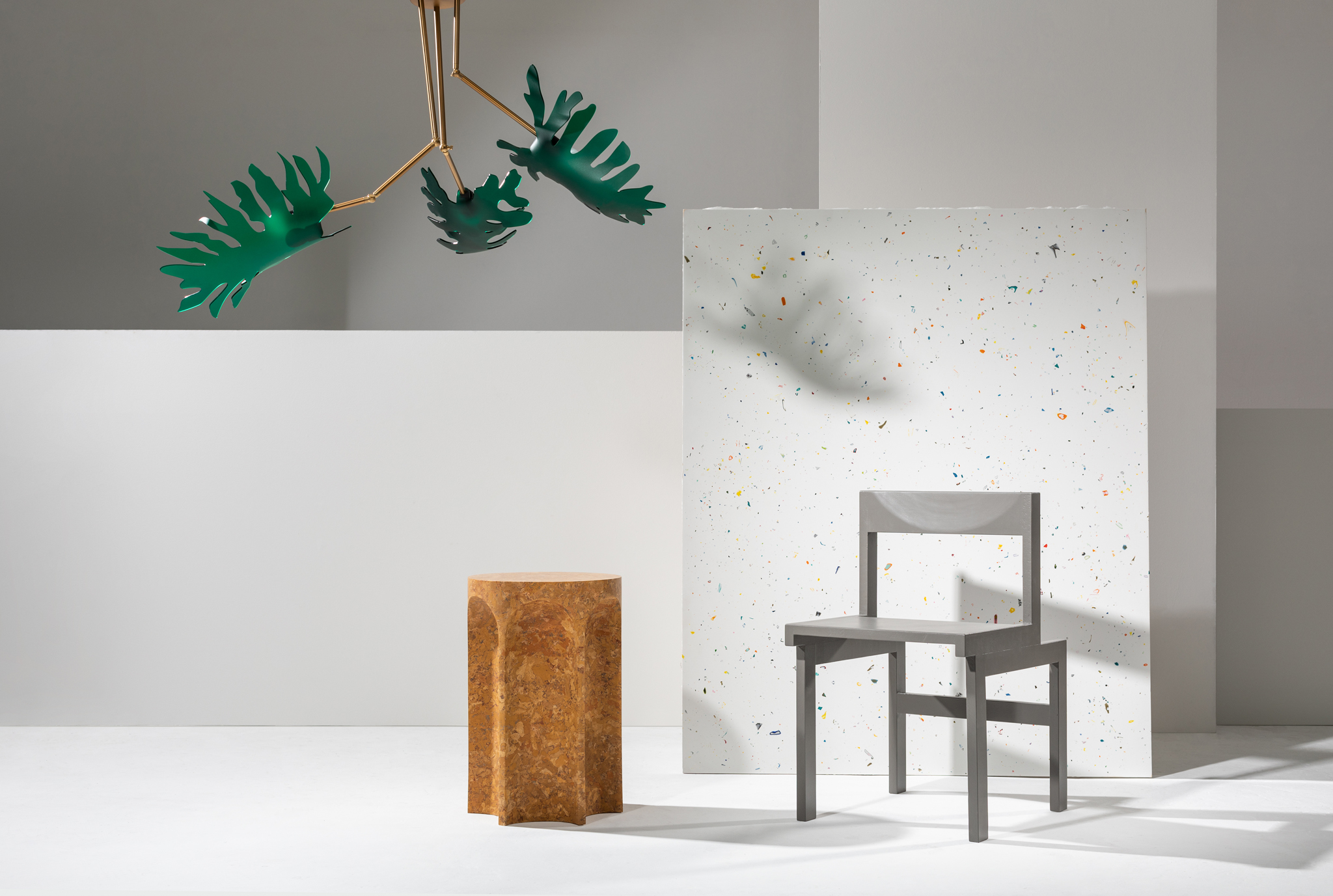 Simon Harlow and Lewis Harley are the Glasgow based designers and manufacturers of the unique decorative surface material Mirrl. Its origins are in Hokkaido, Japan where co-founder Harlow spent time living and working, and became acquainted with an increasingly rare 600-year-old technique called Tsugaru Nuri. Inspired by what Japanese lacquer artists could achieve, Harlow experimented with different techniques at home in Scotland, eventually creating the surface pattern which is now called Mirrl.

For LDF, the studio presented its latest material innovation, Fossil. It was developed as a way to reuse waste material from the production of the original Mirrl and utilises chipped pot waste leftover from the mixing of coloured resins.

These ‘inclusions’ give the material its fossil-like appearance – and carry histories in themselves. The new material is presented in the form of an edged table top and accompanying timber base and chairs. These are designed to complement the Fossil material with a pared back production technique, utilising basic birch plywood and adopting an early modern (deStijl) style, to deliver a distinctive formal result with a subtle decorative element in the form of milk paint.

“Each inclusion in Fossil is the physical remnant of a previous commission, sometimes stretching back a few years, so each panel freezes hundreds of mini histories in time, as does mineral fossil, but ours emerges as slices of the Anthropocene.”